‘First of its kind’ Inuit Health Survey underway in Inuvik

‘First of its kind’ Inuit Health Survey underway in Inuvik 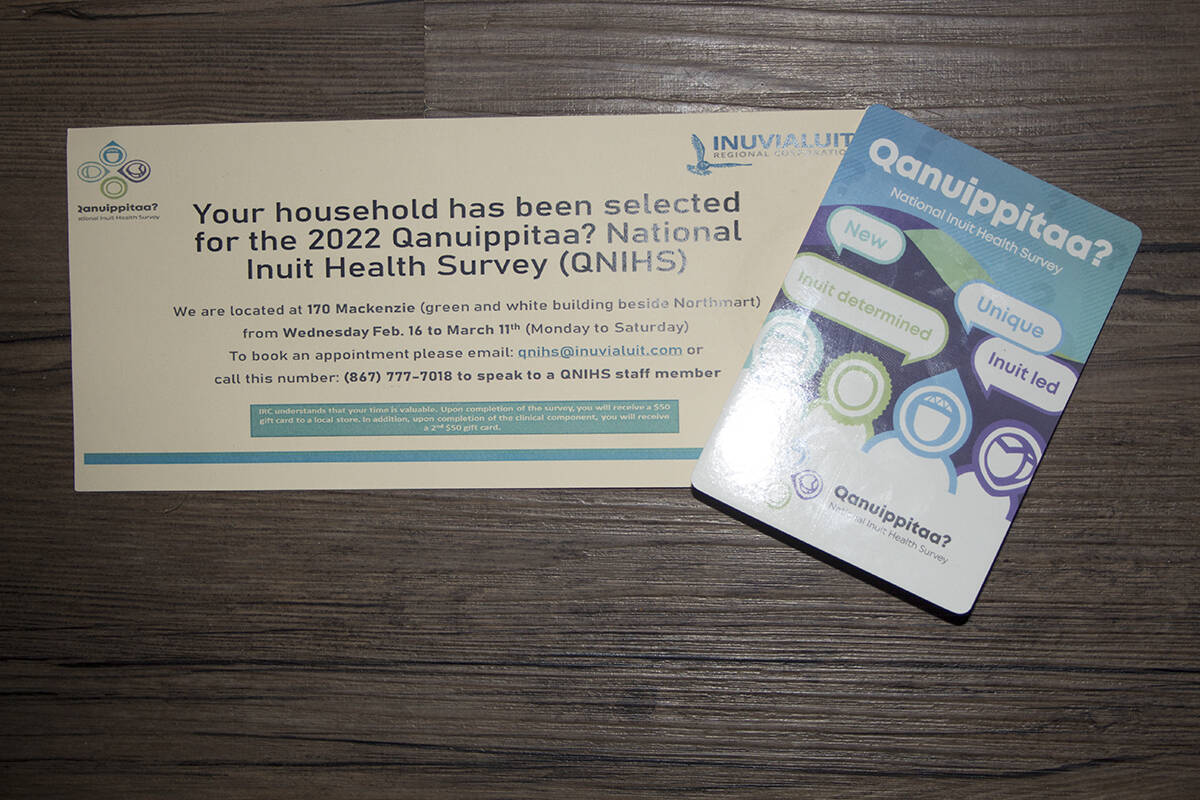 You can’t heal if you don’t know what’s wrong first.

That’s the logic behind the Inuvialuit Regional Corporations Qanuippitaa? (How are we?) National Inuit Health survey, which has already completed a survey in Tuktoyaktuk and is now underway in Inuvik as of Feb. 16.

The survey consists of two sections: an in-person questionnaire and a basic clinical and dental exam. For each section, participants will get $50 in honourariums.

This is the first survey of its kind and it has been in development for three years. It was intended to go live last fall, but with the onset of Covid-19 in the region, the last few steps had to be slowed down a bit.

“It’s a snapshot in time,” said IRC chair Duane Ningaqsiq Smith. “In part, due to our remoteness, we might not get the same level of health services as Canadians do across southern Canada.”

Smith said the IRC is telling the federal government it’s important to continue the survey and collecting data on what is happening in Inuit communities, “not just on health but education and why we’re not catching up.”

The data can show, for example, how a given service could be improved, or whether it’s even feasible to deliver it in the North.

Smith said the IRC wants to conduct a survey in every community in the Inuvialuit Settlement Region and partner with other Inuit organizations to do the same in other places where Inuit live, such as Yellowknife and Edmonton.

More than 200 people participated in the survey in Tuktoyaktuk. Smith said he was hoping for a similar uptake in Inuvik. Once the survey is completed in Inuvik, it will move on to the other communities in the Inuvialuit Settlement Region.

Participants were selected at random using the most recent census data of where they lived. However, anyone who is not an Inuvialuit beneficiary who accidentally received an invitation to participate is asked to return the invitation to the IRC to ensure the quality of data collected.

Surveys will be conducted by appointment at 170 Mackenzie Rd., next to Northmart. They will be done in English, but an Inuvialuktun translator is available if requested. Covid-19 safety protocols are in place and all staff are double-vaccinated. All participants and staff will wear face masks and sanitizer will be on hand.

Smith said the data collected is vital to ensure future health and wellness programming is suited to the people it’s intended to help.

“The intent is to make sure there is a balance between males and females,” he said. “But also in regards to different age groups to get a broad perspective of the issues.

“We don’t want only people age 20 to 40 showing up. We want to get an understanding from the 70-years-olds to the little kids. A four-year-old may not have much to say, but the parents can point out some of the matters trying to navigate the health system we have here.”

The survey will continue in Inuvik until March 11. Anyone who received an invitation is asked to email qnihs@inuvialuit.com or phone (867) 777-7018 to book an appointment.